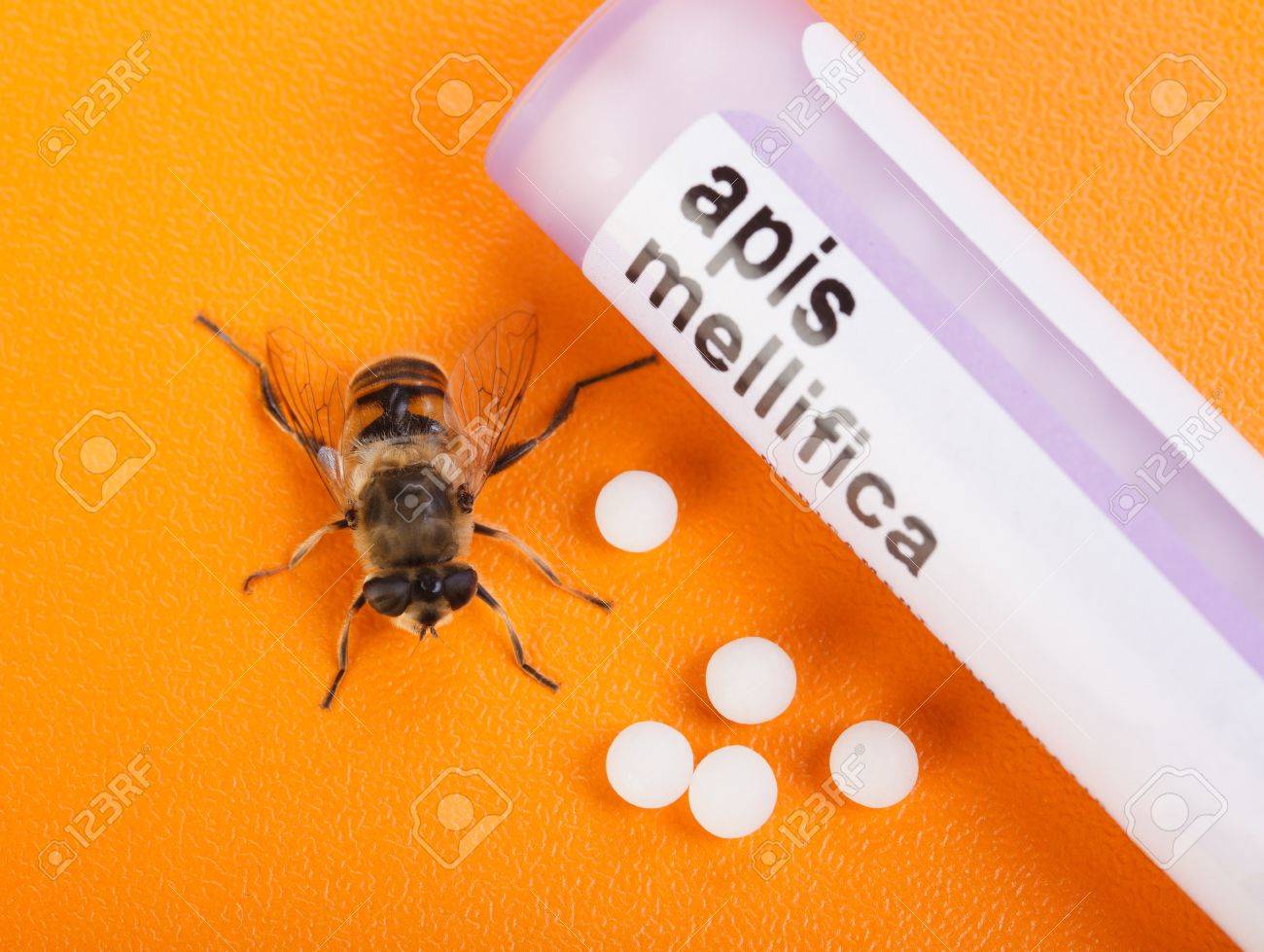 
The attack settled within a few days but obviously affected her ability to work. She was naturally quite frightened about the implications, should the situation recur. Sure enough, in November, Esther had another attack, this time more severe than before. Severe pain and inflammation spread from the palm of her left hand to the wrist, pain that was cutting and throbbing in nature. 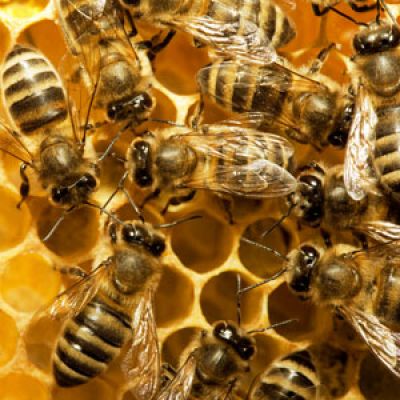 Concerned that she could lose her livelihood, Esther sought help from a rheumatologist who confirmed the diagnosis of rheumatoid arthritis and administered a cortisone injection to the middle knuckle on the left hand. He suggested that she take a regular, so-called "secondline" drug to prevent these debilitating recurrences. Esther felt uneasy about taking medication continuously and decided to "wait-and-see".

In the meantime, she was developing pains in other joints — her left ankle, third and fourth toes on both feet, both shoulders and right knee were all painful at various times. They could be quite red when inflamed. Esther had noticed that her joints were better in cold weather but interestingly, hot bathing did seem to help, especially with the terrible stiffness which followed a period of immobility.

However, when the joints were acutely inflamed, they were worse for hot water and responded with a curious "gritty, stinging" pain. Esther's general health was good. She admitted to some tiredness but said she felt quite well. Her past history was unremarkable apart from an interesting occurrence at the age of seventeen when she had developed a contact dermatitis on her left index finger which spread to the wrist and disappeared when treated with a potent topical steroid cream.

Esther was neither warm nor cold blooded but expressed a dislike for stuffy rooms. She was quite thirsty but had no strong likes or dislikes when it came to food. As the interview proceeded, she was able to admit that, since her illness, she had become quite depressed, crying easily and also irritable and short-tempered. This was quite unlike her usual temperament, and worried her greatly as it was interfering as much with her healing work as were her joint troubles. All-in-all, she was quite fearful and concerned about her future.

Esther's was a very interesting case for me. The pattern of her joint trouble was that of flitting joint pains, interspersed with severe bouts of inflammation. These inflammatory episodes were centred around an area where she had previously had an eczematous skin rash which settled on steroid treatment. Esther had not linked these events but I felt that the arthritis may well be related to the "suppressed" rash many years earlier.

Patients with eczema are well-aware that steroids do not solve the problem of their eczema, they merely calm the eczema down. In fact, as soon as the steroid is stopped, eczema is prone to flare up again, often with more vigour than before! In Esther's case, she did not have a true generalised eczematous condition, but the localised allergy rash that she did have was suppressed very successfully with steroid cream. In view of the rapid onset and the severity of the pain, as well as the adverse reaction to warm water when acutely inflamed and the "stinging" sensation, I decided to use Apis mellifica, a homeopathic medicine made from honey bees.

She received three doses in the thirtieth centesimal potency. One month later, we met again. Esther said immediately that she was much better in herself. The depression had lifted like a cloud and she felt more positive than she had in months. After the third tablet, a small vesicle like a sting or bite had appeared on the palm of her left hand. This disappeared after about 24 hours!

The pattern of gene expression observed suggested the existence of a hormetic mechanisms also described in our recent report on Apis mellifica 3C, 5C, and 7C. These data indicate that such experimental approach may disclose the mechanisms involved in hormetic effects and are an attempt of shifting homeopathy into the field of low-dose pharmacology. On the basis of new evidence published in the literature, we investigated the effects of a range of concentrations of Apis mellifica , including the ultra-low 3C, 5C,7C, 9C, 12C, 15C, and 30C , on gene expression profiles using microarrays and the same cellular system human prostate epithelial cells, RWPE tested before by our group.

Specific attention was addressed to discriminate between the effect of the solvents and the effect of the test solutions. A whole ethanol extract of Apis mellifica mother tincture was produced by Boiron Laboratoires Lyon, France according to the French Homeopathic Pharmacopoeia. Subsequent C dilutions are prepared by repeating the same procedure.

To better clarify this point, the wording EtOH 3C indicates that this solutions was obtained performing the same dilution steps used to obtain the corresponding Apis mellifica preparations. The amount of ethanol in the control solutions was the same as that for Apis mellifica preparations. The cells were originally immortalized with human papillomavirus and are phenotypically stable. Apis mellifica dilutions 3C, 5C,7C, 9C, 12C, 15 C, 30C or the reference water—ethanol solutions were added to the culture media for 24 hours, reaching a further final dilution final concentration of ethanol was 0.

RNA Spike-In kit Agilent Technologies was used as control to monitor and calibrate the linearity, sensitivity, and accuracy of the microarray workflow.

After washing, fluorescent signal intensities were detected using the Agilent Scan Control 7. Data were acquired using Agilent Feature Extraction 9. Values for control spots and spots that did not meet the quality criteria were flagged.


Quality criteria included a minimal spot size, a median—mean ratio of at least 0. We set up a total of 45 hybridization, 3 for each experimental point. Data obtained from biological replicates were mediated, and 3 types of evaluations were performed:. Pathway analysis was performed by means of GO-Elite software, version 1.

Genes significantly modulated by each treatment were measured, and the number of gene modulated is reported as Venn diagrams Figure 1. As expected, the final 0. Although the analysis of the specific genes regulated by ethanol was not the target of this investigation, we discovered that ethanol changed the expression from a minimum of to a maximum of genes lower circles of the Venn diagrams ; this reflects the experimental variability of the system, since the incubation conditions were the same and ethanol concentration was constant in all samples.

The circle in the upper left of each Venn diagram shows the genes significantly modulated comparing cells treated with different Apis mellifica preparations versus RWPE a nonneoplastic adult human epithelial prostate cell line cells treated with ethanol—water solvents alone Apis vs ETOH. The intersections between circles show the degree of genes signals overlapping among different treatments. It is interesting to note that comparing the expression profiles of cells exposed to Apis mellifica with those of nonexposed cells, we identified gene variations not revealed by the comparison of cells exposed to Apis mellifica preparations versus those exposed to the water—ethanol solutions.

The left panel of Figure 2 shows the number of genes significantly modulated by Apis mellifica compared to the corresponding water—ethanol reference solutions; here, it is possible to observe clear effects at 5C, 7C, 9C, and 12 C, whereas the variations are smaller at 3C and 30C. No clear dose—response was apparent in these results. Left panel: Number of genes significantly up- or downregulated comparing RWPE a nonneoplastic adult human epithelial prostate cell line cells exposed to Apis mellifica preparations versus cells exposed to the reference ethanol:water solutions Apis vs ethanol—water.

We also performed a gene pathway analysis, which showed that several pathways were significantly and often recurrently modulated by Apis mellifica at various dilutions when compared to nonexposed RWPE cells Table 1. On the contrary, the functional effects in pathway analysis emerging in the comparison of Apis mellifica preparations versus the corresponding water—ethanol reference solutions were few and inconsistent. The specific genes modulated are indicated in Table 1 , but the biological relevance of such effects is difficult to assess without functional data obtained in the same system.

We previously demonstrated that the measurement of gene expression is a very sensitive method for detecting the effects of extremely dilute solutions.

All these data indicate that gene expression can be used to detect effects of homeopathic preparations in vitro, but several studies on gene expression were restricted to the evaluation of the effects of mother tinctures and of a single dilution. The experiments conducted in the present article were designed to avoid possible interfering factors and specifically solvent effects.

In fact, many homeopathic remedies contain ethanol, a chemical with powerful biological effects, including gene regulation. In our experiments, we could in fact detect gene expression variations in RWPE cells exposed at low concentrations of ethanol 0. We were able to discern specific effects related per se to Apis mellifica from those related to the solvent. Another point of our investigation was the study of dose—effect relationships, a crucial information in pharmacological research.

Some specific genes showed consistent variations with different dilutions, although, as pointed out before, a clear dose-related pattern did not emerge. An interesting element of the results is that the pathways significantly modulated were observed in the comparison between Apis mellifica -treated and untreated cells, suggesting that these effects were due to the interaction between Apis mellifica and the vehicle. Responses at ultra-low dilutions are confirmed by the present data, and variations in gene expression have been observed in various laboratories, using different substances and approaches.

However, a mass spectrometry analysis of Apis mellifica preparations and reference ethanol—water solutions showed no relative differences, and similar traces of phthalates and tensioactives were found in all solutions examined data not shown. Our results demonstrate that extremely diluted Apis mellifica preparations retain effects on gene expression in human cells. Given the fact that no clear dose—effect relationships were observed in the ample concentration range used in our experiments, we do not feel like suggesting biological effects of such modulations without functional studies specifically designed to clarify this point.